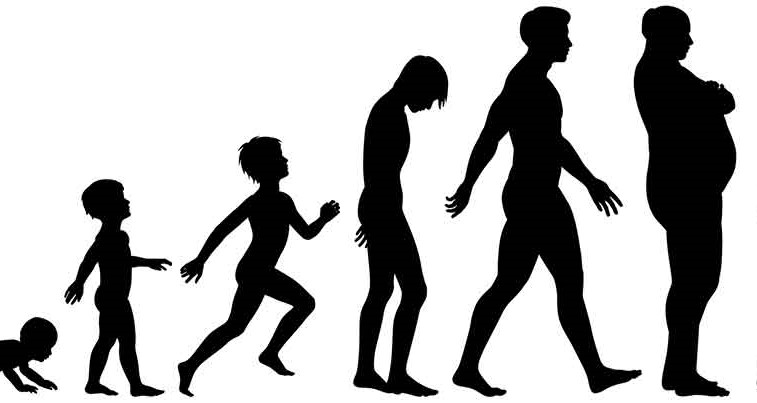 What can cause autism symptoms to worsen as people get older?

Autism does not change or worsen with age, and it is not curable. Autism isn’t like a pair of sneakers that has to be broken in for full comfort, because no matter what you’ve read, the notion that you’ll wake up one day no longer autistic is, was, or will ever be real.

How Does Autism Develop?

People on the autism spectrum, like most people, develop with age from infancy to adulthood. We could strengthen our understanding of non-autistic individuals, build coping strategies for our sensory sensitivities, learn to conceal our stimming and strong interests, and so on. Many of us can develop social skills in our early adulthood that non-autistic people learn in their adolescent years.

As a result, some of us have employment, partnerships, marriages, and families, and some of us can even be deemed “successful.” This can mean the loss of anxiety, tension, exhaustion, burnout, and exhaustion, as well as the need for a lot of alone time to settle down and reduce sensory overload and stress.
Existence does not, however, come to an end at 30, or even 50. Autistic people, like non-autistic adults, mature and can gradually run out of resources to keep up the mask of coping and social skills. Masking and concealing autistic symptoms can become more difficult as people age. Retirement, on the other hand, can offer more time alone and less tension.

Is it true that non-autistic people improve as they grow older? That, of course, is dependent on the age group. Autism sufferers are in the same boat. Someone in their seventies or eighties can cope in a different way than someone in their thirties or forties.

But autism changes and autistic people develop. It wasn’t ages later that I was a 4ft talk young guy, and now I’m 6ft 3 with no signs of a breakdown (at least, that’s how it appears). So, maybe that’s what’s really driving these theories that autism improves or worsens with age, and how would autism change as a person grows older?

Can Autism Get Better or Worse as a Child Grows?

When it comes to children’s early life, it’s fair to say that things get somewhat rough for people of our culture. Early studies have shown that after the age of eighteen months (and in some cases even later), an infant may slow down in reaching milestones or tend to decline in developing communication ability, which is true for 77 percent of autistic children.

This transition, known as regressive autism, can be immediate or incremental for the child experiencing it, although, contrary to common belief it is not when a child returns to autism. Regressive autism is said to be caused by:

This type of regressive behavior isn’t only associated with autism; it’s also seen in a variety of other disorders, such as Landau Kleffner Disorder. Not all with autism, on the other hand, will undergo early growth regression.

Can autism improve or worsen during mid-development?

Isn’t it true, though, that autism will improve? we’ve all told the tale of someone that seems to have simply been totally mute, or of the girl who stopped obsessing about Sherlock Holmes the day before the final book came out
What many people consider as instant achievement, is really the culmination of years of weeks, months, if not years, of hard work, taking a lot of blood, sweat, and tears to find.

It’s “Trial and error” because some autistic people are successful, others aren’t. Once you have learned to control your symptoms, you feel absolutely worn out, not to mention all of your resources (and potentially financially).-Dr. Adil Moulanchikkal
Difficult traits occur in various manners as they are left in check. the child who discovered his voice will now concentrate on spending a lot of time speaking, while the girl who had given up will now dedicate herself to other interests, such as a profession or hobbies.

When I was a kid, my nervous breakdowns accompanied any instance of significant change; now, however, they only take place when I am unable to communicate my feelings by natural means.

During adulthood or after, can autism get better or worse?

Autism as a state is also very new when it comes to the psychiatric diagnostic pantheon. That’s because, while autism has been studied since the 1940s, the rate only started in the late 1970s and 1980s. While we should hope that our knowledge of autism and aging can be restored, as many of our autistic descendants move ahead for the next ten years, the interpretation is more a progressive challenge today.

However, what we learned from autistic adults who were diagnosed later in life is that maturity can be extraordinarily liberating for spectrum individuals, as all of us can ultimately gain a stronger sense of belonging only when we get older from many of the social programs that allowed us to realise it.
Naturally, while it is clear that elderly autistics are less likely to respond (that is why autism support is mostly directed towards younger malleable minds), this does not often happen because if autism or otherwise people are more stable and obstinate as their old age rises, as can be seen in the endless hours I have wasted training families over 60 to run an iPhone!

Moreover, personal examples of autistic children show that coping strategies which took life to perfection will, unfortunately, become the first victims of conditions such as, in later periods of autistic life.

If you are autistic or have a loved autistic person that has a degenerating illness, it is important that you get specialist help. This can be done by a live care person or a residential home and can be addressed for more advice with a general practitioner.

I would like to say that autism improves over the period, regardless of where you were born or where you fall on the spectrum, and, for the most part, general autism awareness and recognition appears to be growing, elevating all facets of autistic existence. However, as a breakdown in some populations shows, we’re not completely out of the woods yet.

While early autism diagnosis seems to be critical for having the right help in place as fast as possible, this ability seems to be even more limited when it comes to B.A.M.E families (Black, Asian, Mixed, or Ethnic). This can be reflected in the fact that, considering the fact that autism symptoms differ less by ethnicity, white autistic children are more likely to find a concrete coping plan by adulthood.

Similarly, low-income households have been shown to have less growth than those in the upper or middle-income classes, indicating that in some areas, treatment is most readily accessible by those with the deepest pockets.

So, does autism improve or deteriorate with age? As these tragic analogies show, our personalities and behaviours will change over time, but our ability to produce the desired outcomes is contingent on how much assistance we have. This means that we actually live in a world where this is a choice when trying to improve something and giving autistic people the best life possible. However, ensuring that those choices are accessible to all, regardless of age, race, or wealth, remains a challenge.

EliteAyurveda seeks to give the autism patient what they want for the longest time and make them happy!

also, get more information on the treatment of autism at EliteAyurveda here- COMPLETE AYURVEDIC TREATMENT FOR AUTISM SPECTRUM