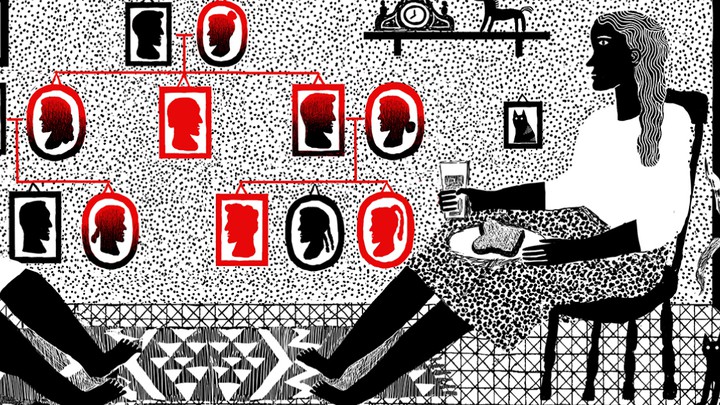 Autism/ASD probably runs in families, but still, the pattern of inheritance is generally unknown. People who inherit gene changes linked to ASD are more likely to acquire the disorder than to inherit the disorder. When ASD is a symptom of another genetic disease, it could be inherited according to that syndrome’s inheritance pattern.

Is autism caused by a genetic mutation?

Autism is usually caused by 150 or so genetic mutations, of which only a combination of a few will cause it. The findings also suggest that roughly ten percent of autism diagnoses can be attributed to penetrant causes- which originate in almost every single instance with an identifiable genetic variation.

Autistic children are more likely to be born into families with a history of neurological diseases.   The closer the members of the family with any of these issues are The higher the risk of autism in an infant.

Will siblings be responsible for autism?

If a child has a sibling with autism, attention deficit hyperactivity disorder (ADHD), or intellectual disability, or a parent with schizophrenia, depression, bipolar disorder, or anxiety, their chances of developing autism maximize. In almost all areas of medicine, family history is a powerful predictor of outcome

Our Patient Story At Elite Ayurveda: There was a child aged about 6 years (name not disclosed) diagnosed with ASD during 2 years of age. Dr. Adil suspected that the child’s father was autistic during the conversation. And Yes! The father of the child was autistic. In such cases, Elite Ayurveda’s concept of Holistic treatments extends to both father and child.

Children who do have a first-degree relative with a neurological condition other than autism, such as a sibling or parent, have up to 4.7 times the normal risk of developing autism. They’re also 7.6 times more likely to have both autism and cognitive impairment. Genes that tend to lead to one type of psychological or neurological condition also predispose to another.

Read- What causes a child to develop autism?

We really do have some mutations, however most of the time they have little impact. Humans usually have two copies of each gene, despite the fact that only one functioning copy is needed for proper function.

Read- IS GENETIC RELATED TO AUTISM

We have two copies of most genes: this helps us to buffer

Many of our genes are protected by this buffer from spontaneous mutations. Autism “risk genes,” but on the other hand, are especially susceptible to mutations. One explanation is that in order for certain genes to act properly, an individual should have two functioning copies. This causes a huge loss of function in these autism risk genes and generally accelerates the rate of disorder development of autism.

Autism has an approximate probability of 35-50% occurring in the first degree relative of families. Many medical professionals believe that autism spectrum disorders are mostly passed down through mutated genes from either a mother or father.

The later the more serious case of the ASD (which describes it as impaired social communication, and repetitive actions) appears in childhood, the more pervasive symptoms it is and how many issues it presents. Due to their challenges, individuals may be unable to carry out their daily activities and may be isolated from their surroundings. Adolescents and adults with autism a higher risk of anxiety, depression, and OCD, and eating disorders.

As per Ayurveda, All the things present in this world have an influence by the tridoshas both in normalcy and impaired condition. Gene which had to be normal is being mutated which means that the tridosha constituent of the gene is impaired. We at elite Ayurveda, using the herbal formulations aim at correcting the Tridoshas and bringing the abnormalcy into normalcy.

Phenotypes And Genotypes In Ayurveda

Myths and Reality of Gallstone Treatment