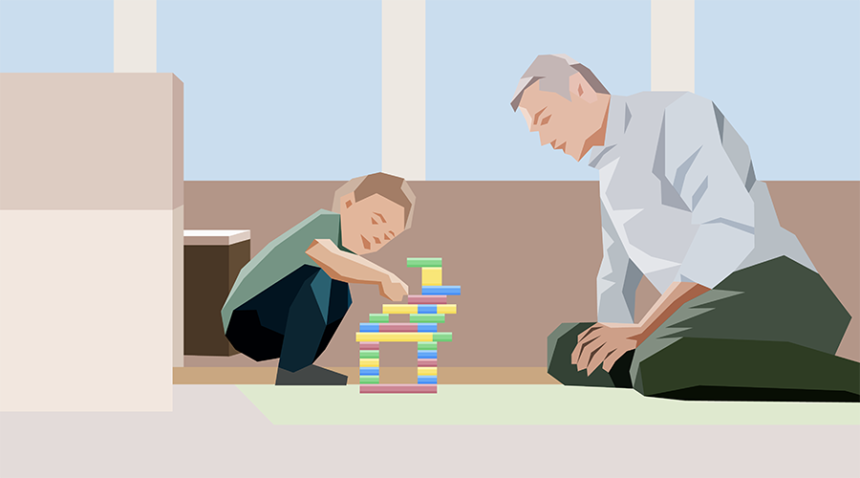 WHAT IS THE GOLD STANDARD FOR DIAGNOSING AUTISM – ADI-R

Autism diagnosis Interview Revamped (ADI-R) is a systematic, organised, and structured interview used for the diagnosis of children or teenagers with an autistic spectrum disorder. In assessing and diagnosing children with ASD, ADI-R together with ADOS-2 is used as the Gold Standard. These tools tend to supplement the diagnostic support and affirm the significance of a multidisciplinary evaluation approach through access to evidence from various sources and settings.

Accurately diagnosing autism can be tricky. The most reliable approach — in which clinicians assess a child’s behavior along with information from parents and clinical history — is intensive and time-consuming. Clinicians rely on different tools, such as the Autism Diagnostic Observation Schedule (ADOS) and the Autism Diagnostic Interview-Revised (ADI-R), to help diagnose the Autism disorder.

One of the most commonly used diagnostic algorithms for deciding whether or not a child has autism spectrum disorder is the Autism Diagnostic Interview-Revised (ADI-R) (ASD). It is the screening method of choice for many public school systems and psychology practitioners when assessing kids suspected of being on the spectrum, along with the ADOS (Autism Diagnostic Observation Schedule). ADI-R, unlike the ADOS, does not include the child directly; instead, it is an interview with the child’s parents or other caregivers performed by a professional researcher or psychologist. The ADI-R focuses on the child’s developmental past, drawing on the memories of those who know them best – mom and dad.

As more studies have shown the advantages of early intervention in ASD cases, there has been increasing demand to make an early diagnosis so that care can begin as soon as possible. The University of Washington conducted the first long-term review of ASD care outcomes in 2015, concluding that early intervention enhanced IQ, adaptive functioning, and communication in children who received it.

When used to test toddlers aged 4 and up, the ADI-R has been shown to be the most reliable. Although the ADI-R has had trouble obtaining reliable results for earlier diagnosis, if you have a child of any age who is displaying ASD symptoms, you will almost certainly be interviewed by the ADI-R at some point.

Features and Benefits of ADI-R

A research tool reshaped to a diagnostic tool: ADI-R

The ADI was established in 1989 as a way to investigate the dramatic rise in autism diagnosis around the world. The aim of the interview was to learn about the actions of adults and children over the age of five who had a mental age of at least two.

However, health professionals saw ADI as a screening method that could help standardize autism diagnoses and make diagnosis simpler. The ADI has been revised, shortened, and modified in 1994 so that it could be used to measure kids as young as two years of age, though it is most effective when children are at least four years old.

How does ADI-R function?

The ADI-R has 93 questions, but it might seem like a bit extra when you’re the one being interviewed. The majority of clinicians will complete the list in around 90 minutes.

The questions are all designed to identify behavioral issues related to the three main areas involved in an ASD diagnosis:

Taking a Detailed Look at a Child’s Development  Progress

All major mental illnesses, such as anxiety, depression, bipolar disorder, and learning disabilities, are referred to in classifications by terms of the two. But it is important to note how these manifestations appear in a child’s behaviour as well.

As a concerned parent, some of the classic symptoms of autism are likely to leap out at you and set off alarms, but seeing only one of these things isn’t always cause for concern. Individual traits that are common in ASD cases can be meaningless in isolation, and they may occur or disappear at a certain age without any other signs of autism. There is little to be concerned about in these situations. The ADI-R was created to look beyond isolated characteristics that could result in a false positive. The interviewer essentially takes a case history that covers the following questions to get at the long-term developmental disorder that a true ASD case would reveal.

Questions from the interview cover eight areas of content:

The questions are graded on a scale of zero to three, with three being the most out of the ordinary outcome. Each query can also be coded based on the child’s age when the behaviour was first observed, or whether the behaviour is something that parents see on a regular basis.

The ADI-R is not always the only technique used to diagnose autism. It’s possible that it won’t be used at all. The Diagnostic and Statistical Manual of Mental Disorders (DSM-5), a basic reference document for psychiatric conditions, covers the technical guidelines governing what is and is not autism. When making a diagnosis or ruling out ASD, a qualified psychiatrist or other specialist clinician is free to use whatever resources they choose. They can view the results of the ADI-R or any other test as only one part of their overall evaluation in many cases.

The ADI-R interview, on the other hand, is widely used in psychiatric circles. It’s also widely used in American schools, which are mandated by the IDEA (Individuals with Disabilities Education Act) of 1990 to perform tests on children suspected of having ASD. Both children should be tested between the ages of 18 and 24 months, according to the Centers for Disease Control and Prevention.

While the ADI-R has been shown to be very effective in older children, several tests have shown that it is less successful in children under the age of four. New algorithms and questions are being proposed, but it’s worth noting that the ADI-R is seldom, if ever, used as the sole diagnostic method. It can also be re-administered at various ages to ensure that it is still accurate.

Autism is no longer seen as a disease; it is now seen as a difference, to be accepted as part of diversity. instead, it is supportability for other players. Not only is autism a disorder that is individual or limited to certain families, but culture also has a great hand in it because of their autistic children. Creating a fair, just, equitable, and transparent system for dealing with situations in which everybody will benefit is crucial. It offers an inclusive and natural approach to dealing with ASD in fresh and exciting ways. Yoga, diet, and ayurvedic medicine can help the health of children with autistic disorder, the panchakarma system by promoting self-healing. EliteAyurveda is one of the most successful treatment centers for autism diseases. The multi-specialty Hospital of Ayurveda is situated in Bengaluru, Karnataka. Get more information on autism treatment at@ COMPLETE AYURVEDIC TREATMENT FOR AUTISM SPECTRUM Related: The diagnostic criteria for autism spectrum disorder(ASD)

Does autism disorder run in families?

Sleep and Psoriasis: Is There a Connection?