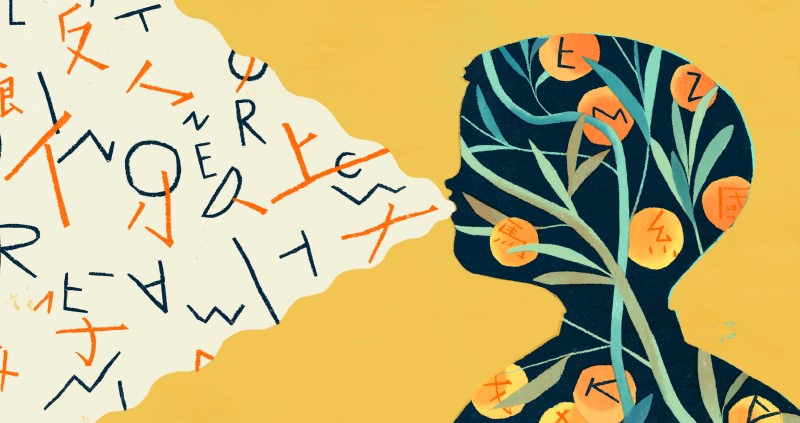 It is a significant question to ask how a child tends to get autism. There are differing amounts of possible causes, some of which are hereditary, that can develop autism. Let’s understand in-depth down the line.

Autism is a complex disease that involves communication and behaviour difficulties. It is also considered an autism spectrum disorder. A wide variety of symptoms and competencies can occur. ASD may be a small problem or a disorder that in a certain facility requires full-time treatment.

The inability to communicate with others is the main feature of autism. They are impeded in their comprehension of other people’s thoughts and feelings. In this case, it’s difficult for people to understand because of their inability to express themselves verbally or through body language, as well as the absence of facial and other mannerisms.

Autism people can have learning difficulties. They will grow their skills irregularly. They may have difficulty communicating, but, in painting, music, math or memory they are exceptionally fine. As a result, assessments of interpretation or problem solving may be particularly successful.

How is autism caused in a child?

When an infant is born with autism, there are many causes that play a part.

At this time, the vast majority of research into genetic causes of autism is focused on pregnant women and pregnant women’s health but it is thought that some environmental exposures during gestation may be associated with autism.
Families who wish to benefit from special education services such as accommodations for children with autism must only go through licensed practitioners, rather than non-physicians and quacks.

However, it is true that children who reside in urban areas and have a greater chance of getting diagnosed with autism, even if we account for socio-economic status. While some experts have asserted that these regions may have higher levels of environmental toxins, this may not be a factor in their higher rates of autism incidence

Autism is becoming more prevalent in children than it was in previous years. There could be new numbers because there have been more changes in how it is diagnosed, rather than an increase in how many kids have a disorder.

Read- What exactly is autism and what causes it?

We understand that there is no single cause of autism. After gathering all of the evidence that has been done, research shows that it develops from a variety of potential causes like genetic, prenatal, postnatal, perinatal, and epigenetic factors.

Research shows us that autism is usually running in families. Changes in some genes add to the possibility of autism developing with an infant. When a parent has one or more changes in these genes, they can transfer to an infant even if the parent is not autistic).

Most times such genetic modifications occur naturally in a developing embryo or in the sperm and/or egg combined to make the embryo. Again, the rest of these modifications in the gene are not autistic. They just raise the chance of trouble.

Read- IS GENETIC RELATED TO AUTISM

In the research, it has been discovered that some environmental factors appear to be associated with or related to autism regardless of a person’s genetics, but this research shows just the effects of the ones where genetics is a factor.

No effect on the risk

For each family, there is a unique experience of getting an autism diagnosis, the time period in which it corresponds with the timing of their child’s vaccinations. Even as scientists conduct an extensive research over the past two decades on whether there is a link between childhood vaccinations and autism, research on vaccines is ongoing.

This investigation has reached the conclusion: Vaccines don’t really cause autism.

Autism can be caused by epigenetic processes. Epigenetic variations arise as a result of chromosomal histone alteration or DNA base modification, rather than DNA sequence changes.

Environmental factors, such as diet, medications, and mental stress, are known to influence such changes. Imprinting on the genome can also play a role in ASD. Another example of epigenetic control of gene expression is genomic imprinting.

The epigenetic modification(s) in this case allow the offspring to express either the maternal or paternal copy of a gene, but not both. Via epigenetic pathways, the imprinted gene is silenced.

Various risk factors increase the likelihood of autism development, including advanced age in either parent, significant diabetes prior to or during pregnancy, and any bleeding, and the use of psychiatric medications by the mother.

Though these cases of autism are very rare, there is a strong association between birth defects during the first eight weeks of pregnancy and autistic children.

Some perinatal and obstetric disorders have been linked to autism. Low birth weight and gestation period, as well as hypoxia during childbirth, were found to be related obstetric conditions in a 2007 study of risk factors.

There is no evidence of a causal connection in this association. As a consequence, there may be an underlying cause for both autism and these related conditions. While there is increasing evidence that perinatal air pollution is a risk factor for autism, this evidence has methodological flaws, such as a limited number of studies and a failure to account for possible confounding factors.

Postnatal contributors to autism have been suggested, including gastrointestinal or immune system defects, allergies, and medication, infection, certain foods, or heavy metal exposure in children.

These risk factors have only empirical data and have yet to be verified by credible research.

Doctors, parents, and researchers all have varying perspectives on what affects autism and how to better treat it.

However, there is one factor to which everyone agrees: early and intensive action is effective. It will make all the difference for children who are at risk or who show early signs of being at risk.

But don’t give up hope, regardless of your child’s age. Treatment will help your child cope with the disorder’s symptoms and succeed in adulthood.

Expert physicians at EliteAyurveda seek to use a range of therapies, such as Panchakarma and herb-based medicines, to help autistic children and young people heal in time. Given the fact that no modern approach can guarantee full recovery from autism, Ayurveda has a long history of assisting autistic patients to cope to a large extent.

EliteAyurveda strives to replicate the roots of Ayurveda, resulting in incredible success and huge smiles on patients’ faces.

FROM WHAT AGE CAN A CHILD SHOW AUTISM SYMPTOMS?

DIABETES: ACCORDING TO AYURVEDA

Understanding Your Body When You Have Psoriasis